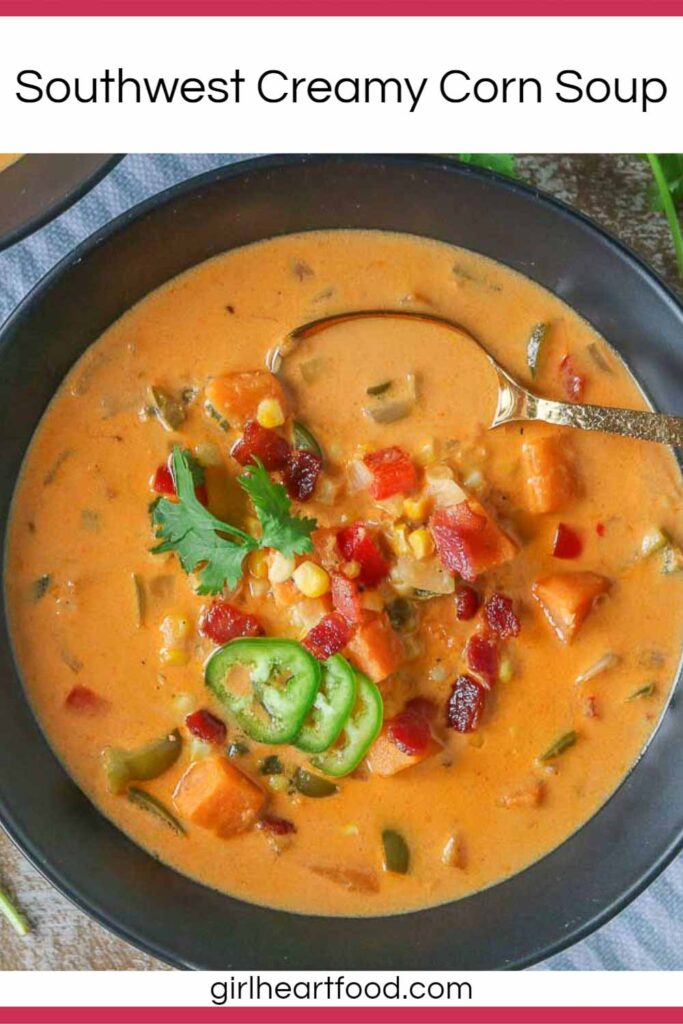 Got corn? This creamy corn soup recipe is a fabulous transition recipe from summer to fall.

It’s more of a soup than a chowder because of a looser consistency. However, it does channel corn chowder vibes because of the addition of cream. Kinda like a corn soup chowder recipe, maybe? Best of both worlds, if you ask me!

How To Make Corn Soup

Can I Use Frozen Corn?

You sure can! If you really want this corn soup but only have frozen, use that.

However, you won’t be able to infuse the soup base with the corn ears. Skip that part and just add the corn when you add the rest of the veggies.

Can I Use Another Dairy Besides Cream?

Yes, you can. Heavy cream works best, in my opinion, and what’s recommended here because it’s rich and it’s less likely to curdle (because of the higher fat content).

However, if you really want to use another dairy, there are some options. The soup base may not quite be as rich but will still be delicious. Other options are:

If you do use either of half-and-half or whole milk, there are some tips:

In order to minimize curdling, I recommend simmering your corn ears in just broth.

Can I Make Make This a Corn Chowder Instead of a Corn Soup?

If you want more of a corn chowder recipe, simply use less broth, about 3 to 3.5 cups of broth, instead of 5.

To further thicken, you can add a flour roux or cornstarch slurry during the last couple of minutes of cook time.

How to make a flour roux

A flour roux is simply equal parts flour and fat. To make a flour roux, melt unsalted butter in a frying pan over medium heat. Once butter is melted, add all-purpose flour, stirring to form a paste. Cook for 3 to 4 minutes, then stir into the corn chowder. Start with about 2 tablespoons of each. Remember, you can always add more, if you want things super thick.

How to make a cornstarch slurry

If you make this homemade corn soup recipe, be sure to leave a comment below!