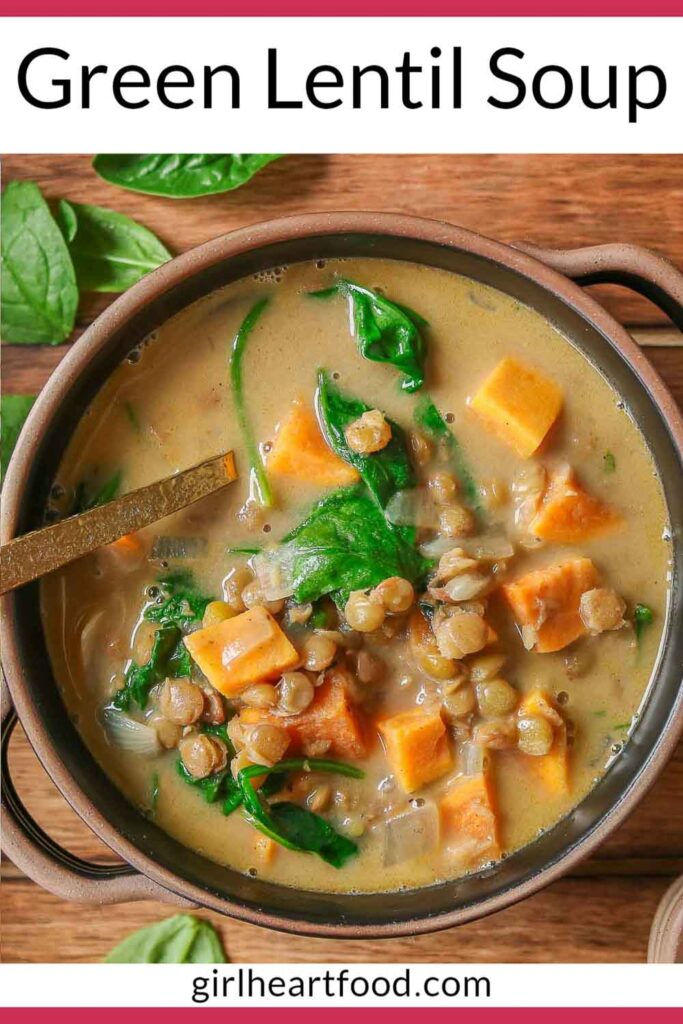 With a popular Indian spice blend, garam masala, creamy coconut milk, hearty lentils and veggies this vegan green lentil soup recipe is incredibly comforting and relishing. Sure to be a favourite, you’ll want to make this nourishing lentil soup with coconut milk again and again!

We have so many varieties of dried lentils and beans in our pantry, you wouldn’t believe it. So freaking many. No regrets, though. They’re just so handy to have around and so versatile.

It’s difficult to pick a favourite soup using legumes, but this vegan green lentil soup with coconut milk and veggies is at the top of the list.

As soon as the first batch of soup was polished off, I was onto making another one. No joke. It doesn’t hurt that it’s super easy to prepare, either!

I don’t know about you, but I’m so in love with fall and all the cozy comfort food it brings (along with warm sweaters and wooly socks). Fall is definitely my season. What’s yours?

Why We Love This Green Lentil Soup Recipe

How To Make It

Do Green Lentils Need To Be Soaked?

You do, however, have to sort them and pick over for any rocks, foreign objects and odd ones (discard those).

Then, give them a little rinse and drain and they’re good to use!

Can I Use Another Veggie Besides Spinach?

Instead of baby spinach, you can use kale or Swiss chard.

You will have to cook it for a little, though, to wilt.

Baby spinach is a lot more delicate and basically wilts when it hits the hot soup.

Tips for Making This Recipe

If you make this lentil vegetable soup recipe, be sure to leave a comment below! 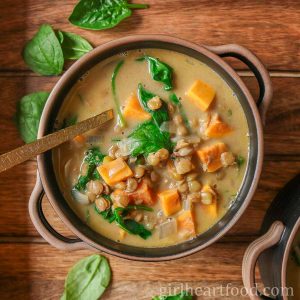