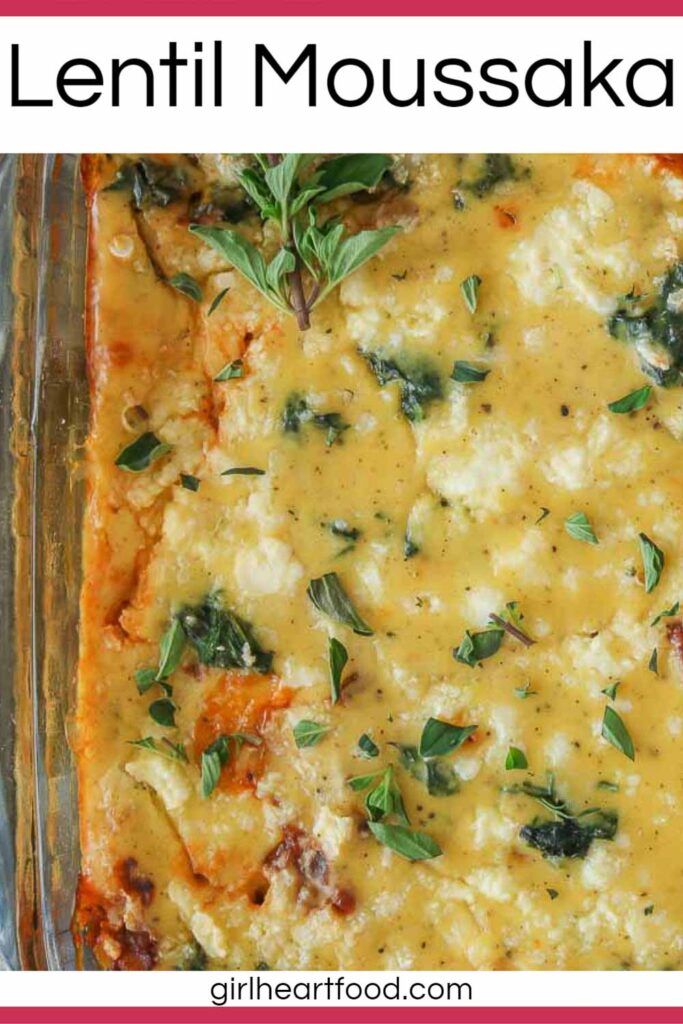 Though making this veggie moussaka does take time to prepare, there’s nothing complicated here (much like my meat lasagna or veggie lasagna recipes).

It’s totally a labour of love, but it’s so worth it!

The lentils are flavoured with warming spices, like cinnamon, nutmeg, and a touch of clove, as well as savoury oregano and spicy chili flakes.

Plus, there’s roasted eggplant, spinach and a creamy custard topping with crumbly salty feta. Serve with a side of pesto pasta salad and you have yourself one belly satisfying meal!

Moussaka is a traditional Greek recipe, typically made with lamb.

I like to describe moussaka as a Greek lasagna.

Today, though, I’m sharing a lentil moussaka recipe. It has all the delicious flavours of a traditional moussaka, but it’s made with lentils instead of lamb.

How To Make Lentil Moussaka

Full details on how to make moussaka are in the recipe card below, but here are the basics:

Layer the lentil moussaka and bake

What Type of Lentils Should I Use?

There’s no need to soak these.

Simply pick over and discard any foreign objects, like rocks, and any imperfect lentils. Then rinse, drain and cook.

Rinse and drain lentils again after they’ve cooked before adding to the tomato sauce.

What To Serve With Moussaka

If you want to add some sides, any of these are delicious with moussaka:

If you make this lentil moussaka recipe, be sure to leave a comment below! 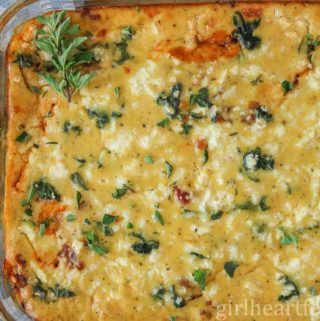